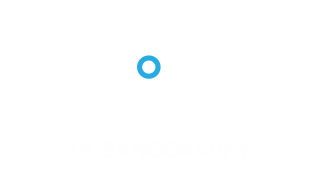 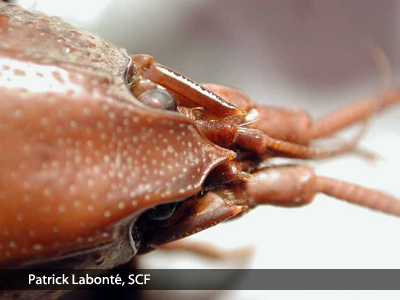 The data was collected during different sampling campaigns carried out between 2000 and 2012. The collection sites were chosen based on the probability of crayfish presence, (taking into account the types of aquatic habitats,) and accessibility from the shore. The sampling period was between May and October. Many harvesting rigs were used, such as various types of nets (shore seines, gillnets, dipnets), traps baited with minnows, as well as baited Tomahawk type crayfish cages, and also often by hand under stones and rocks or in submerged structures used for shelter by crayfish.

The collected specimens are identified in respect to their species. They are measured, weighed and their gender is determined. Some specimens are preserved in an ethanol solution 75% (v/v) and maintained individually in a reference collection available at the St. Lawrence Centre.

Hybridization between O. propinquus and O. limosus
One of the problems encountered during the sampling campaigns along the river corridor of the St. Lawrence was the presence of crayfish presenting mixed morphological characteristics of two species, the Spinycheek Crayfish (O. Limosus) and the Northern Clear Water Crayfish (O. Propinquus). This suggests the possibility of hybridization between the indigenous species O. Propinquus and its counterpart, the O. Limosus, which just recently appeared in this particular ecosystem. Hybridization is a common phenomenon among crayfish, in this case partly because of the high amount of invasions from non-indigenous species in the taxon (Taylor et al., 1996; Lodge et al., 2000), but also because of the low level of genetic divergence between species of crayfish (Brown, 1981; Attard et al., 1984; Agerberg, 1990). Hybridization is particularly problematic when it leads to the elimination of the genetic heritage of an indigenous species. Furthermore, cases of hybridization have been observed between these two species in the United States (Perry et al., 2001). In the case of a possible St. Lawrence invasion by the Rusty Crayfish, hybridization of two species with an indigenous species is a phenomenon that needs to be studied closely.

Examples of data reuse within the project
Besides the possibility of acquiring better knowledge of the ecology and wealth of crayfish in the St. Lawrence, this data can be used as foundation for other projects, including studies on the abundance of species and the composition of communities relative to types of habitat, as well as monitoring the status of crayfish populations, the genetic diversity of crayfish, changes in species composition and also structure of crayfish communities, both in relation to time and space. Finally, the data collected during the project can be useful to economic and business endeavours that relate to crayfish.